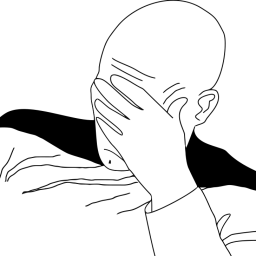 I recently purchased a pair of Raspberry Pi Zero W boards, and plan to use them for some home automation / IoT-type work. One of my requirements is that the WiFi on this board be able to run as both a “managed” device (also known as “client” mode) and as an access point, preferrably at the same time. After looking around a bit online, I found several people who claimed to have gotten this working, as well as posts saying it should work, based on the chipset. Despite my best efforts, I was unable to get any of those tutorials to work reliably on their own. By combining some information garnered from each one, along with some trial and error, I was finally able to get AP/Manged mode working, as described below.

This tutorial assumes you’ve already created a bootable MicroSD card running the latest Raspbian Stretch image and have some way of accessing Linux, whether via serial interface, or a monitor and keyboard. If you haven’t, a couple of great resources I found online are:

Before we can operate our access point, we need a device allocated for it, similar to how systemd allocates a wlan0 device at boot time. On the build of Raspbian Stretch I’m using, only wlan0 is available automatically. We create a file caled /etc/udev/rules.d/70-persistent-net.rules which contains the following:

Note that you must replace both MAC addresses above with that of your own RPi. You can find yours in various ways, such as from your router’s client list, or from the RPi’s command line via iw dev:

A number of tutorials I found claimed that the address for the virtual AP must be different from the primary MAC address. I found there to be no difference in behavior, but you should be able to change the last byte, for example, to give your client and AP different MACs.

The device we created above is called ap0. We will refer to this elsewhere, so if you decide to change the name, make sure to use the new name everywhere else I reference it, or things won’t work correctly.

Installing these is an easy affair:

Wait awhile, and this process should complete. The install process may automatically start the dnsmasq.service in systemd right after installation and it will probably fail, since ap0 does not exist until we reboot. Disregard this for now.

Next, we need to modify 3 files. First we modify /etc/dnsmasq.conf by adding the following lines at the end of the file:

Once again, notice we reference ap0 above, so use your device name here if you changed it earlier. I’ve added Google’s DNS server IP here (8.8.8.8) but feel free to use one from your router/ISP/or whatever. I’ve also made the assumption that our DHCP server will give out addresses on the 192.168.10.0/24 subnet, ranging from .50 to .150. You can substiute your own subnet here, but be sure to remember it for later, as it should match the static IP we assign your AP. The 12 hour lease time can also be arbitrarily changed to suit your needs.

Next, we need to modify the file at /etc/hostapd/hostapd.conf. I found many different parameters that can go in here, but this is what worked for me. Feel free to experiment further by poking around online. Lets do this for now:

A couple things to note here:

This tells the hostpad daemon to use our new conf file. (To be honest, I’m not sure if this matters since we will be launching hostapd manually and pointing to the proper config file, but it shouldn’t hurt anything.)

Next, we need to define our WiFi network interfaces, both for our managed access (wlan0) and for our access point (ap0). We will also use wpa_supplicant to assist with connecting to WPA-encrypted WiFi networks. If you followed the “headless” bring-up tutorial I mentioned in the prereqs, you will have already touched both of the following files and configured wlan0 as required. In that case, we’ll be adding a static IP definition for ap0. First, we modify /etc/wpa_supplicant/wpa_supplicant.conf as so:

Again, you should replace the SSIDs and Passphrases above with your own. You aren’t required to name multiple SSIDs here, but if you add more, the RPi can roam between networks if configured correctly, as we will do below. The id_str field can be used as a quick reference name in our interfaces file. You should also change the country code to whatever is appropriate for your region.

Next, we modify /etc/network/interfaces to support our new AP:

As you can see, we want both ap0 and wlan0 to start up automatically, with ap0 defined to have a static IP of 192.168.10.1 on the 192.168.10.0/24 subnet. Recall, the DHCP address range we defined in /etc/dnsmasq.conf matched this subnet. Adjust accordingly if you made changes. We also reference our hostapd config file here, to direct the AP configuration for ap0.

For wlan0, we start it using manual mode and point it to our /etc/wpa_supplicant/wpa_supplicant.conf file for our WiFi network definitions. The wpa-roam designator will allow the interface to move freely between our defined networks. Finally, the last two lines use our friendly names from wpa_supplicant.conf to refer to our available networks, and indicate this interface should use DHCP supplied by those APs to assign an address to wlan0. Please note the order here: ap0 must come up before wlan0, or they won’t both work at the same time.

At this point, I expect everything to work after a reboot. Instead, I end up with wlan0 UP and ap0 DOWN (or vice-versa) when checking via ip addr, and dmesg indicates some errors in the Broadcom driver. After some tinkering, I discovered the following sequence of commands after a reboot would get both interfaces up and working simultaneously, like we wanted all along:

I had to add --force because sometimes hostapd would complain about having a lock on wlan0 and fail to proceed, so it ensures we get what we want. After bringing down both interfaces, again, with ap0 going first, followed by wlan0, they should both come up:

Great! But what about bridging traffic between my AP and client sides to allow a device to access the internet through my RPi? Let’s do that:

Here, we enable ip forwarding to allow packets to be forwarded between interfaces, and we add a postrouting rule to IP tables which routes all packets from the AP-side interface to the client-side interface (where MASQUERADE is necessary, since the IP is dynamic and undefined until wlan0 connects to an AP). Finally, we restart dnsmasq for good measure, since we previously brought down ap0 with ifdown.

Try as I might to debug the issues I was having before manaully reseting the interfaces, I was unable to get the RPi to simply boot up working correctly. So, I decided to script the steps to “fix” everything and set them to run as a root cron job with a 30s delay… (Yes, I know this is horrible practice, but I’m open to better suggestions.) I intially tried setting up a systemd service to call my script instead of cron with a delay, but it didn’t seem to work or ran at the wrong time, requiring manual intervention.

Here’s the script in it’s entirety:

I simply left the file in my default “pi” user’s home directory, but you can move it someplace more appropriate, such as /sbin. I then added a cron job like so:

And in there I added the line:

This causes the script to run at every reboot. In testing, I foud the RPi Zero W boots in under 20s. Systemd runs the cron service somewhere in that range of time, which eventually runs the script above. To be safe, you can change the 30s delay to something longer, but I found this to be pretty reliable.

Now, after every reboot, even though ap0 and wlan0 don’t initally play well together, the cron job kicks off my script after 30s and magically fixes everything. We have AP and Managed mode running at the same time, and we’re bridging traffic between the interfaces to allow for internet sharing through the Raspberry Pi Zero W.

The following links were pretty instrumental in getting things moving in the right direction, so please check them out:

Please comment below if this helped you, or if you have any suggestions for improvements!